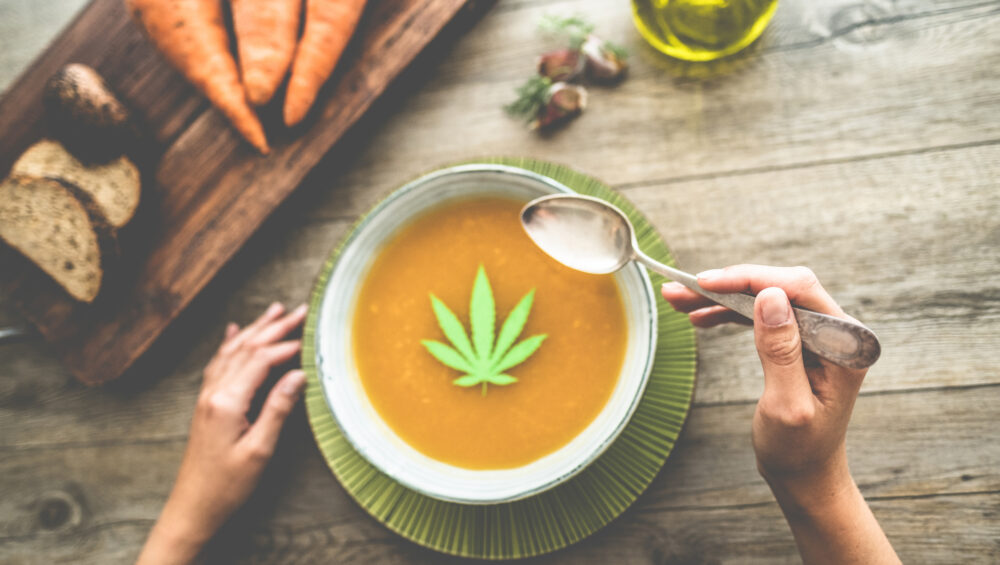 Have you recently looked into cannabidiol as a means of medication? Are you unsure of the best ways to take it? Many people are opting away from oils and leaning towards putting CBD into their food. This allows them to get all the effects of cannabidiol while providing them with a natural means of consumption.

But why should you put CBD in your food? Are there any potential benefits that differ from other forms of CBD intake? And why are so many people hopping on board with this?

This article seeks to answer these questions and provide you with an explanation to the CBD/food craze currently sweeping the nation. 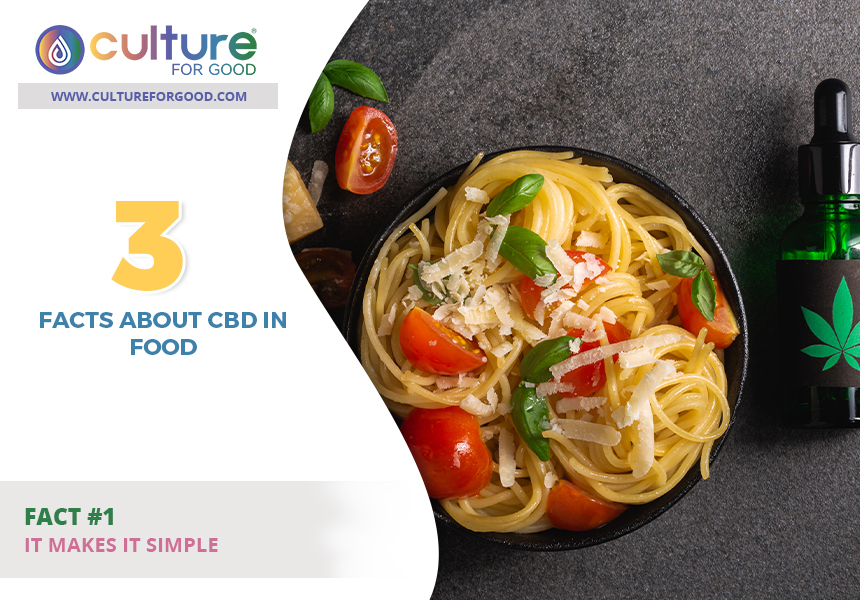 1It Makes It Simple

Just as with marijuana edibles, more and more products are appearing on the market with CBD infused into them. These products are completely safe for consumption and simply provide you with all the benefits of CBD while eating.

For many looking to receive cannabidiol, this is a fantastic and safe means of consumption. More often than not, people are turned off by the idea of dropping oil on their tongue or rubbing a cream all over their bodies or, especially, smoking a hemp cigarette.

Putting CBD in food and beverages is a natural solution for those who want to try the cannabinoid, but are looking to receive it as simply as possible. Furthermore, placing CBD in foods is something that has been done time and time again throughout history. 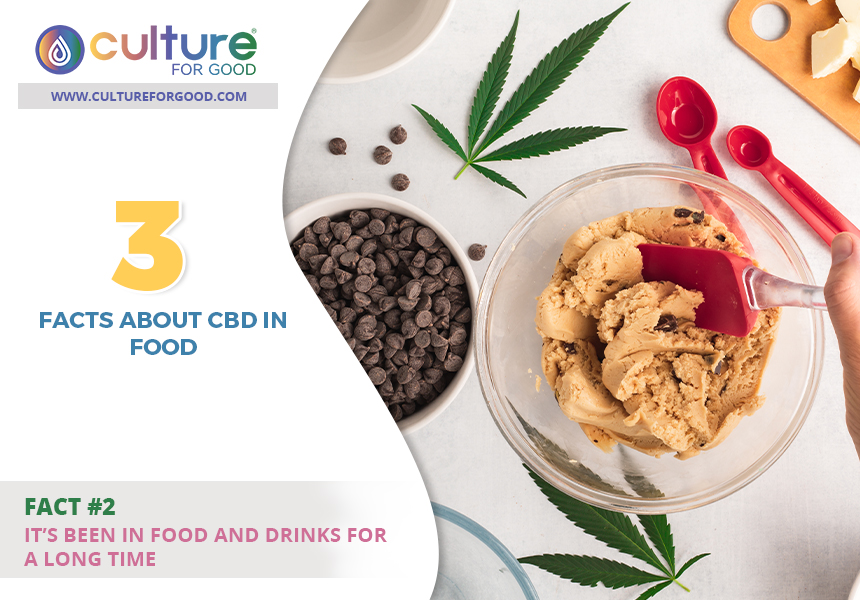 2It’s Been In Food And Drinks For A Long Time

The first ever documented use of a cannabis plant goes all the way back to 2737 BC. Chinese Emperor Sheng Nung infused the medication into a tea for the sake of treating various illnesses¹. In fact, during that time, it’s said that hemp was a primary crop grown in China.

About 1,300 years later, within the country of India, people were recorded to create an edible known as Bhang. This was for the sake of infusing cannabis into a variety of foods and drinks. Just like Sheng Nung, Hindus were interested in its ability to treat a variety of ailments².

In more recent years, mixing cannabis extracts and CBD can be linked to The Alice B. Toklas Cook Book. Within it, she discusses recipes for haschich fudge and, though her work was initially restrained from having an American edition, her cannabis-infused brownies took the 1960’s hippie counterculture by storm³.

For more than 5,000 years, people have been infusing cannabiniods with foods and beverages. And though this history is quite compelling, it doesn’t help today if all this remains illegal. 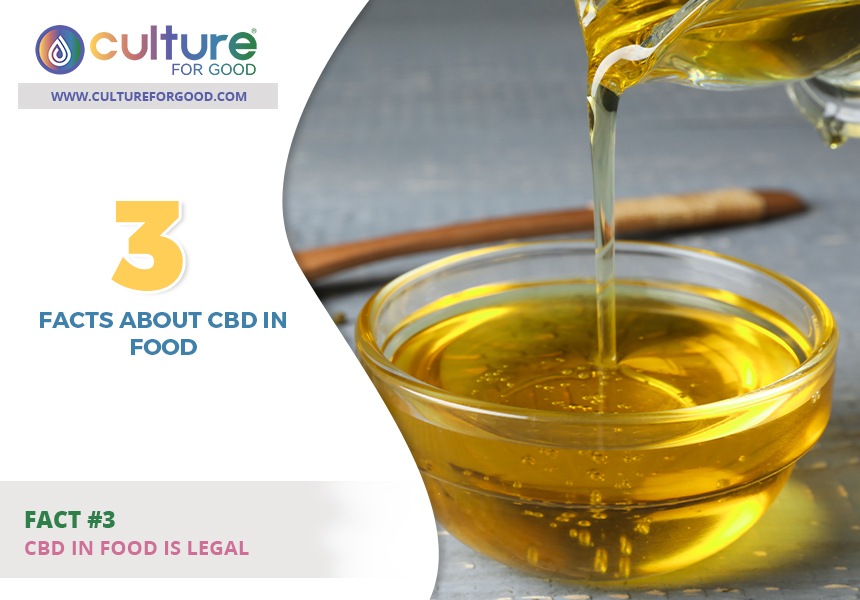 3CBD In Food Is Legal

CBD in its purest form is legal thanks to the 2018 Farm Bill⁴. However, in terms of putting it in foods and beverages, things get a bit more complicated.

When the 2018 Farm Bill was released, the FDA issued a statement claiming that products containing CBD are not allowed to assert they have therapeutic benefits. Only if they’re approved through the FDA are they allowed to make such assertions⁵. With that, it’s unlikely you’ll find a CBD-infused food or beverage proclaiming all the great effects much of the internet claims.

The same statement also clarifies that, considering CBD is an active ingredient in an FDA-approved drug (Epidiolex), it’s not allowed to add cannabidiol to foods or beverages apart of interstate commerce or to market it as a dietary supplement.

Still, this hasn’t stopped many companies from developing CBD-infused foods and beverages. As these companies adhere to the above statement, everything about these edibles is completely legal. 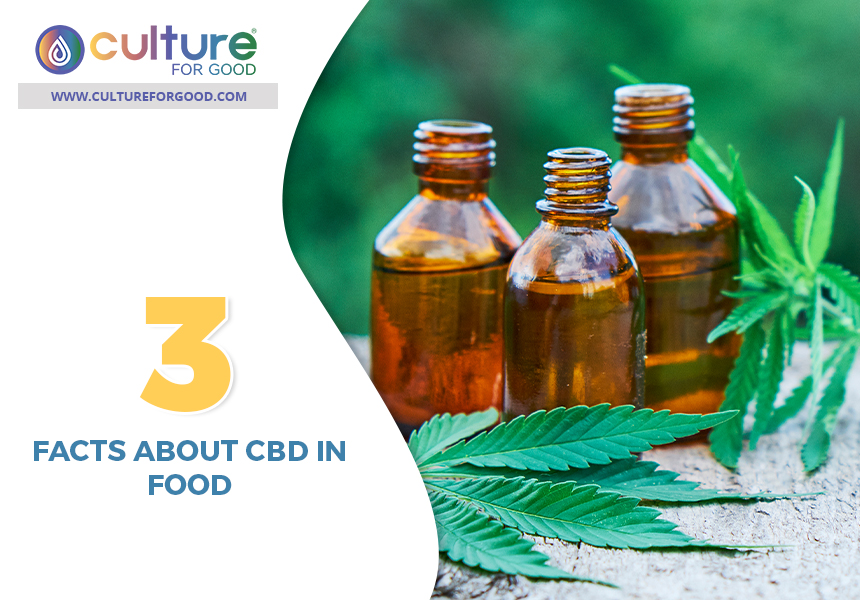 How You Take Your CBD Is Up To You

In the end, you’re the one who chooses how you want to take it. If you decide taking oils and similar CBD options straight isn’t for you, try adding it to your food.

² Vice: The Bhang Lassi is How Hindus Drink Themselves High for Shiva