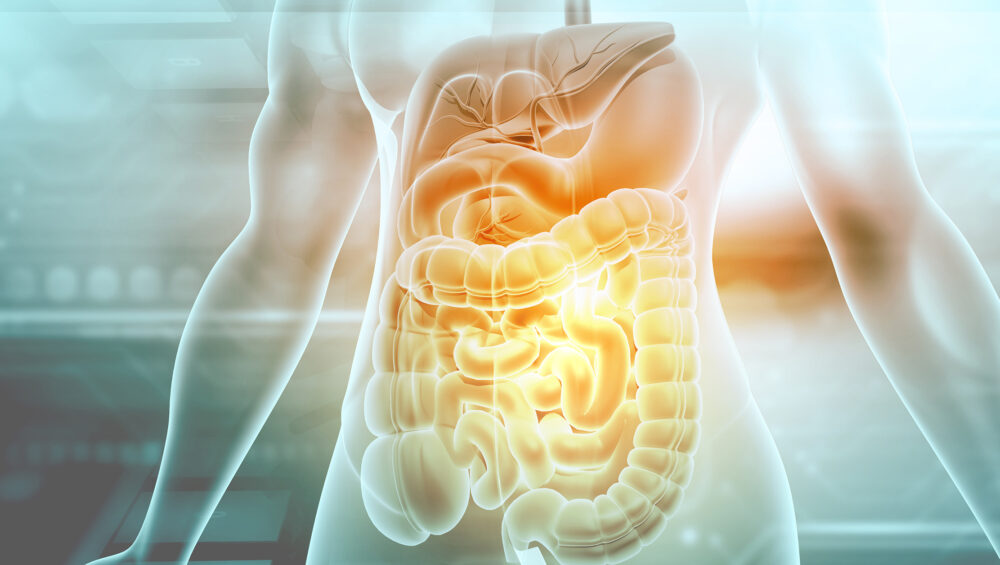 Ever since CBD proved to have anti-inflammatory properties, more and more research has sought out other benefits it can have on our health¹. Currently, the groundwork of cannabidiol as a treatment for gut and digestive system complications is coming to light.

Throughout this article, you’ll learn how important your digestive system is to the rest of your body and how CBD can have a positive impact on it. 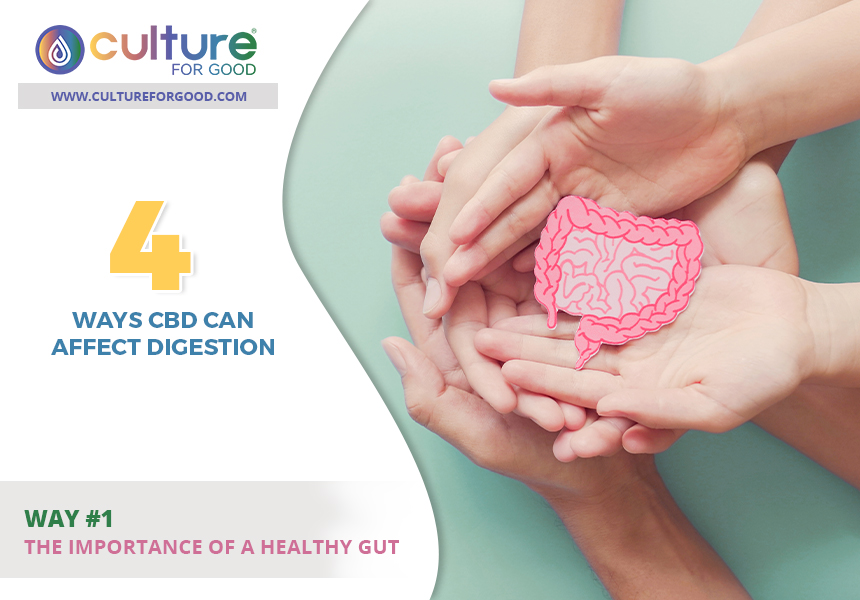 1The Importance of a Healthy Gut

Hippocrates once said, “All disease begins in the gut.” Yet, it’s only been in recent years that scientists have discovered how spot on that statement is.

The gut houses most of our microbiome – a vast ecosystem of trillions of organisms living within and on our bodies. All these little critters play a vital role in our overall health. They’re responsible for²:

These three aspects of our microbiome play one of the most significant roles in our overall health. So much so, they may even be linked to our thoughts and emotions. 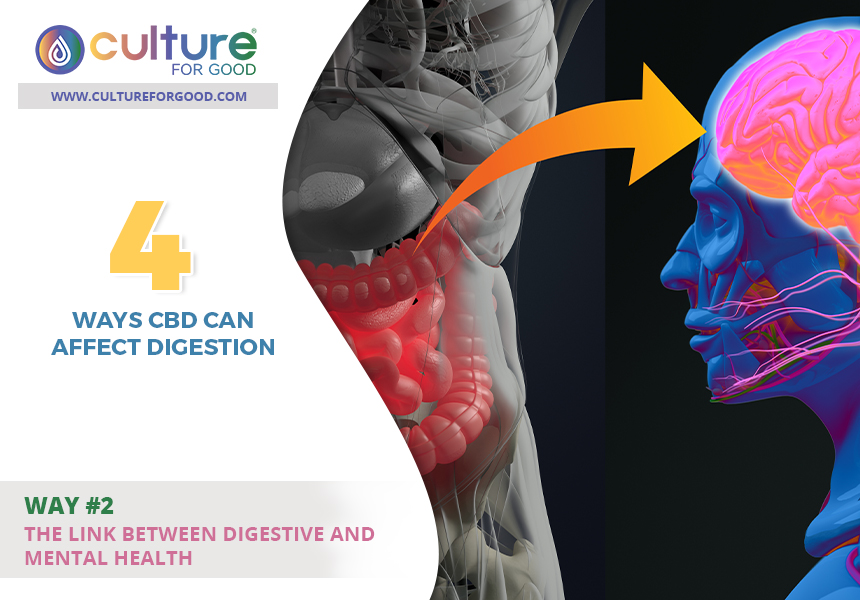 2The Link Between Digestive and Mental Health

Did you know scientists have only recently discovered what’s being labeled as our “second brain”? It’s known as the enteric nervous system (ENS) and it plays a strong role in the following areas³:

Yes! Scientists have found an area in our gut responsible for aspects of our brain. And it’s unanimously agreed that good nutrition strongly affects our ENS.

So, what does this have to do with CBD?

Well, if CBD can have a positive impact on areas of our gut (such as our microbiome and ENS), then it has the potential to treat both physical and psychological health. 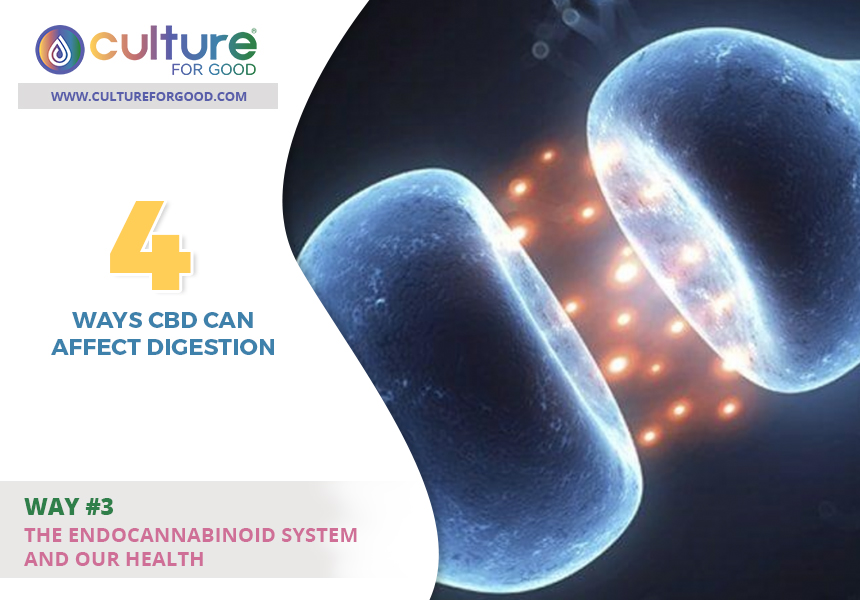 3The Endocannabinoid System and Our Health

Throughout history, many cultures have used cannabis as a means of treating illnesses of the gastrointestinal tract⁴. This may be due to the fact that our endocannabinoid system plays a major role in regulating the physiology of our gastrointestinal activity in the following areas:

THC has been discovered to attach itself to CB1 receptors. But CBD is known to indirectly manage both CB1 and CB2 receptors⁶. 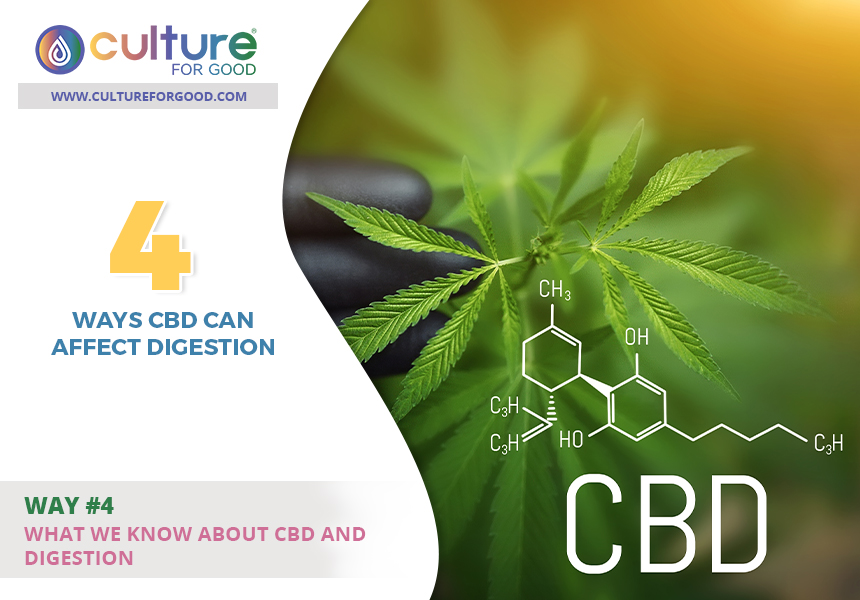 4What We Know About CBD And Digestion

Since researchers haven’t looked into CBD’s effects on every digestive problem humans face, we can only partly answer this question.

There are a number of different gut problems that come about due to gut permeability or “leaky gut”. Within our guts is a barrier of epithelial cells that form together for the sake of building a wall between the gut and the bloodstream. When food is intaken, this barrier allows nutrients to pass through while stopping dangerous pathogens and bacteria.

When this barrier is unable to withstand these dangers, we develop a leaky gut. Some studies suggest CBD might strengthen our epithelial cells in times of weakness⁷.

When a person suffers from irritable bowel syndrome (IBS), they often develop symptoms, such as:

IBS can be caused by a number of different factors, including:

Changes in the microflora of the gut

Similarly, there are different reasons why people contract IBS, including: 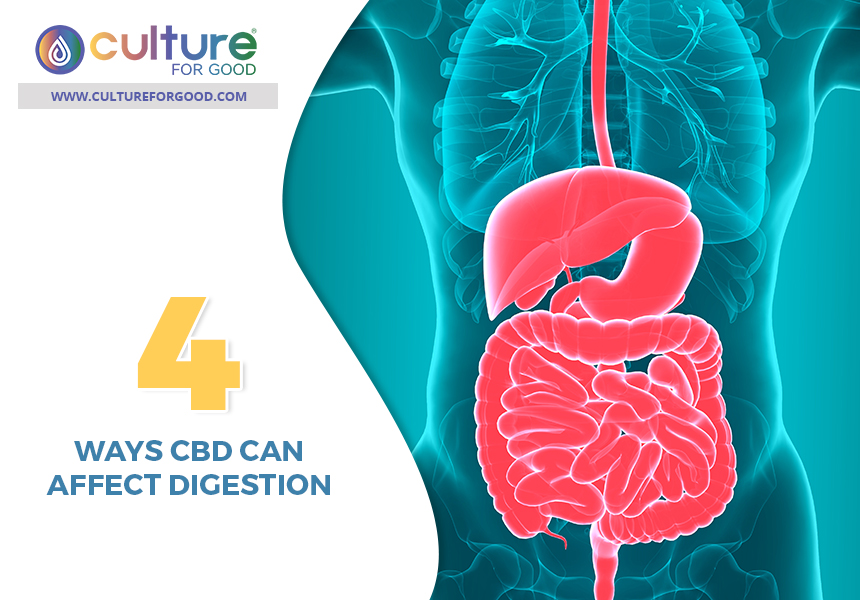 Lots of research has come out proving CBD to be a powerful adversary against IBS⁸. Due to its anti-inflammatory properties, CBD has a way of treating specific symptoms, such as pain and inflammation. Furthermore, research has found it may even slow down the progression of IBS.

¹ Harvard Medical School: Cannabidiol (CBD) – what we know and what we don’t

⁴ Cannabis and Cannabinoid Research: Endocannabinoids in the Gut

⁵ NCBI: Endocannabinoid system: An overview of its potential in current medical practice.