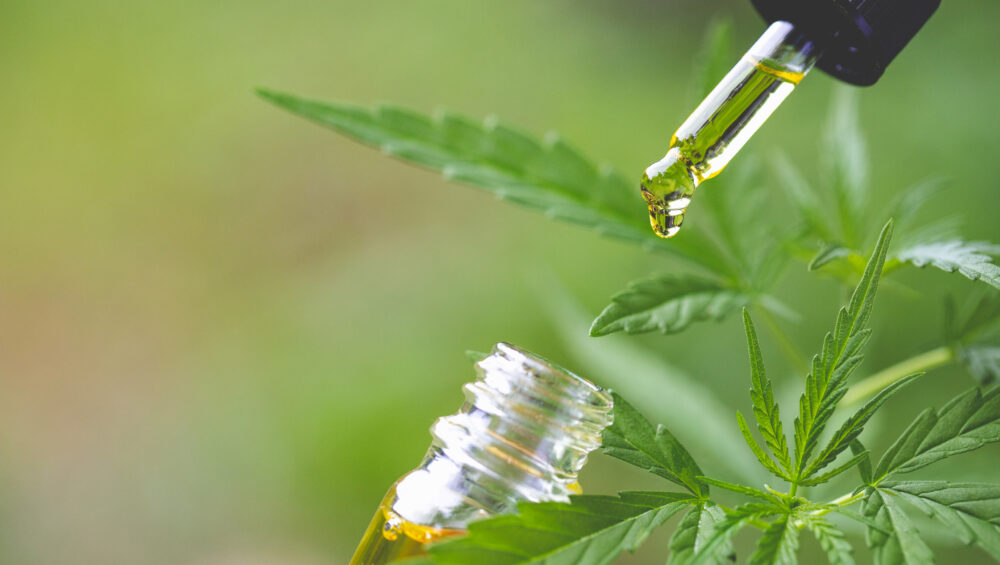 Some scientists have alluded to the idea that cannabidiol CBD might just be a strong fighting agent against cancer. And this is quite exciting news considering medical professionals still don’t have access to a cure. Over the last decade, a lot of research has gone into this topic. Unfortunately, the FDA still hasn’t approved CBD nor any cannabis product for the treatment of cancer. However, as more research develops, opinions continue to change and a push for better regulations arises.

So, how much do we know and is CBD really going to be the miracle medicine we’ve been looking for? Throughout this article, we’re going to look into what research says surrounding CBD and cancer. 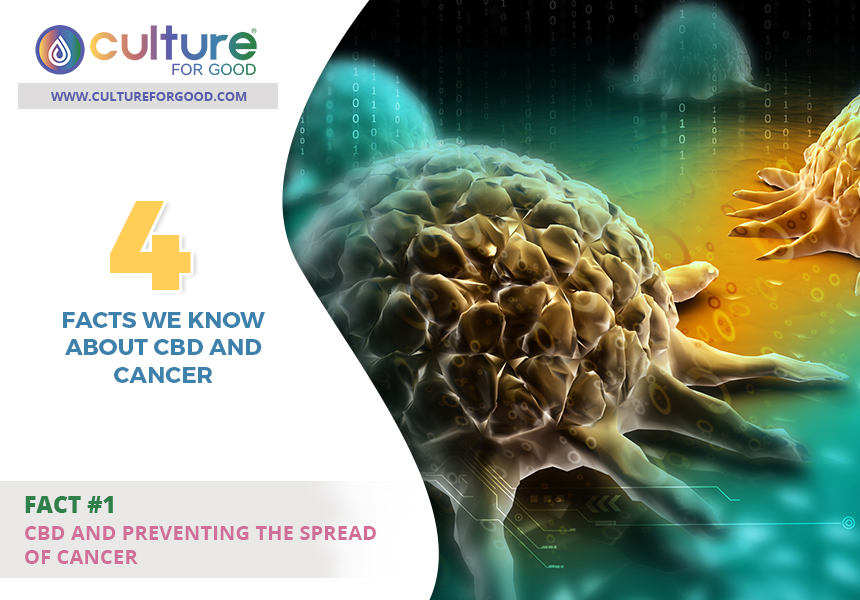 1CBD And Preventing The Spread Of Cancer

Before we dive deeper into this topic, it’s important to remember that there are a lot of different forms of cancer. And the research we currently have has only looked into so many of these.

What we know, as of this time, is:

Through a 2015 study, it was found that there was a link between cannabis use and bladder cancer. The study concluded that those who used cannabis (namely marijuana which has some CBD) were 45% less likely to develop bladder cancer.¹

In another study, it was found that CBD averted a specific gene known to cause breast cancer. It was also discovered to impede on ID-1 which prevents cancer cells from spreading throughout the body.²

Other research has found that CBD, along with the cannabinoids cannabivarin (CBV) and cannabigerol (CBG), has been found to control gene regulation responsible for the spread of skin cancer.³

What research confirms is CBD can’t necessarily battle cancer the way many people hoped. However, it may just be able to prevent cancer from spreading. And, with that, doctors may one day use it as a complementary therapy to already standard treatment. 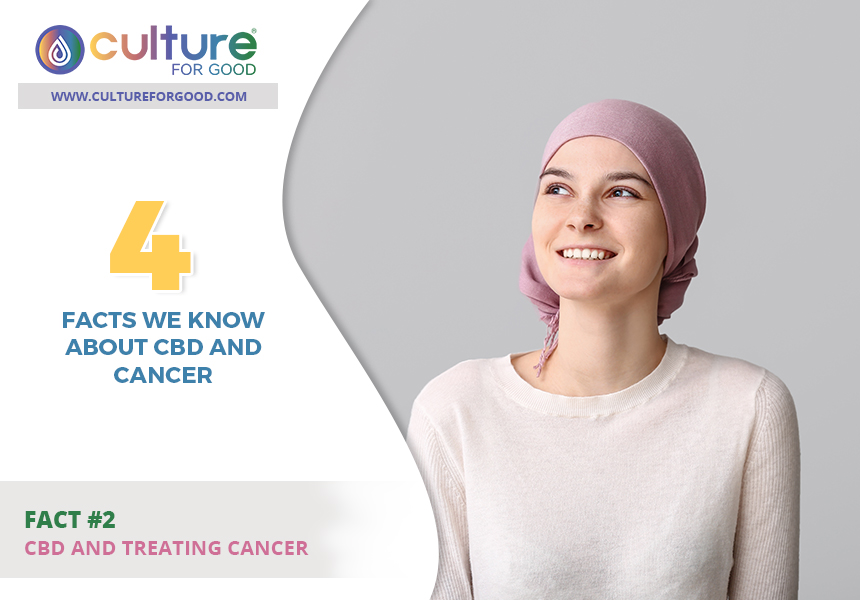 Though research is still limited, what it shows it that CBD prevents cancer growth, but doesn’t get rid of cancer as a whole. Therefore, it’s unlikely cannabidiol will ever be the “cure” for cancer. However, that’s not to say it can’t save lives. If cancer is found in the early stages (or if someone makes CBD a regular part of their supplementary diet), then this might have the ability to stop it from reaching fatal levels.

Still, it’s important to mention that as of this time, medical professionals aren’t entirely sure how CBD and cancer cells truly work with one another. 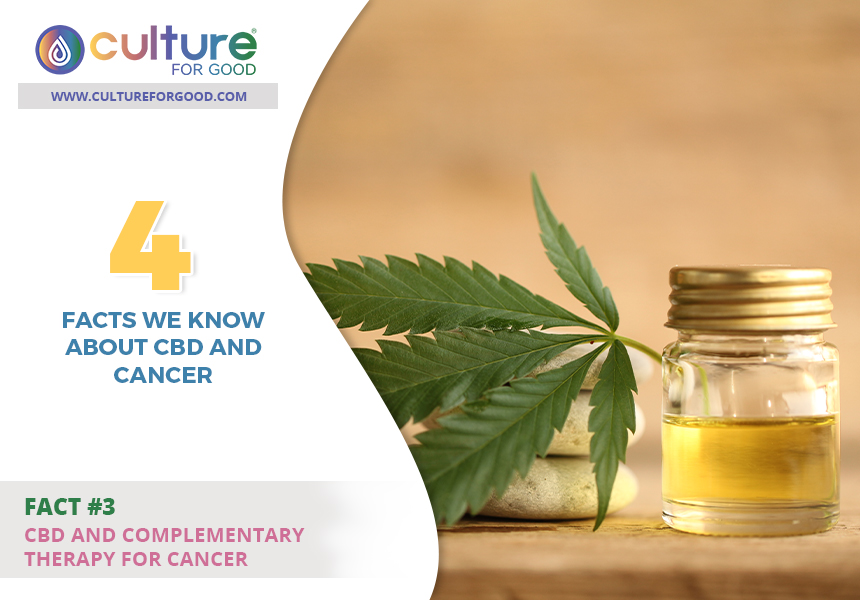 3CBD And Complementary Therapy For Cancer

The role of CBD goes beyond potentially being able to prevent cancer from spreading. The current treatment for cancer (primarily, chemotherapy) is extremely uncomfortable and comes with a list of side effects. It’s been discovered CBD may be able to help make this treatment a bit more bearable.

This is due to the fact that CBD has the ability to:

Still, even with these benefits, it should be mentioned that CBD comes with some notable side effects. These include:⁷ 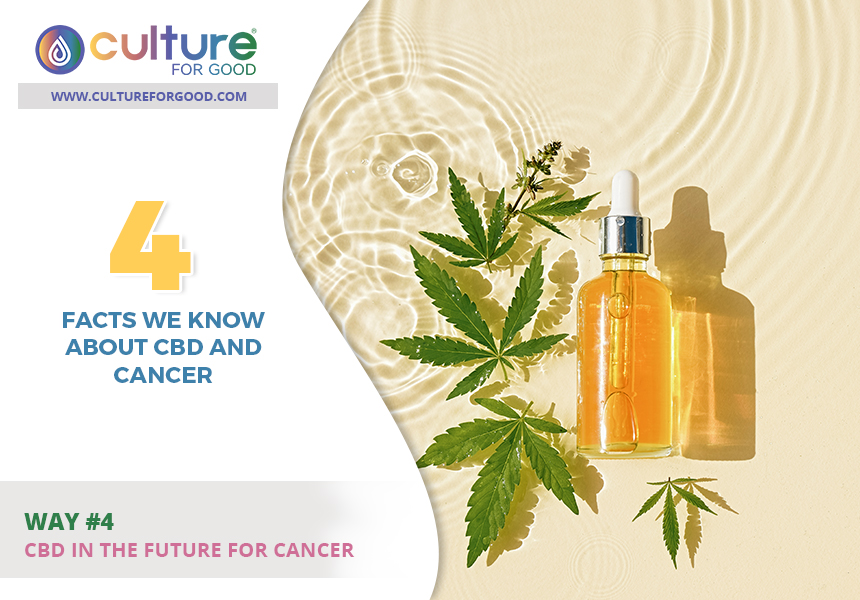 4CBD In The Future For Cancer

The information throughout this article is the sum of what we know about cannabinoids and cancer. Until further research is conducted, it’s very difficult to say just what cannabis’s role can be in cancer treatment.

However, it seems almost certain that cannabis can be a complementary medicine for cancer patients. Not only does it relieve many of the symptoms associated with chemotherapy but it can potentially help prevent the spread of cancer growth.

In many ways, these two factors should be considered a miracle for medical professionals. Still, due to prohibitions, it’s going to take time for cannabis to be accepted as a treatment option. This is why it’s entirely vital more research is pushed into how cannabinoids affect people suffering from cancer. 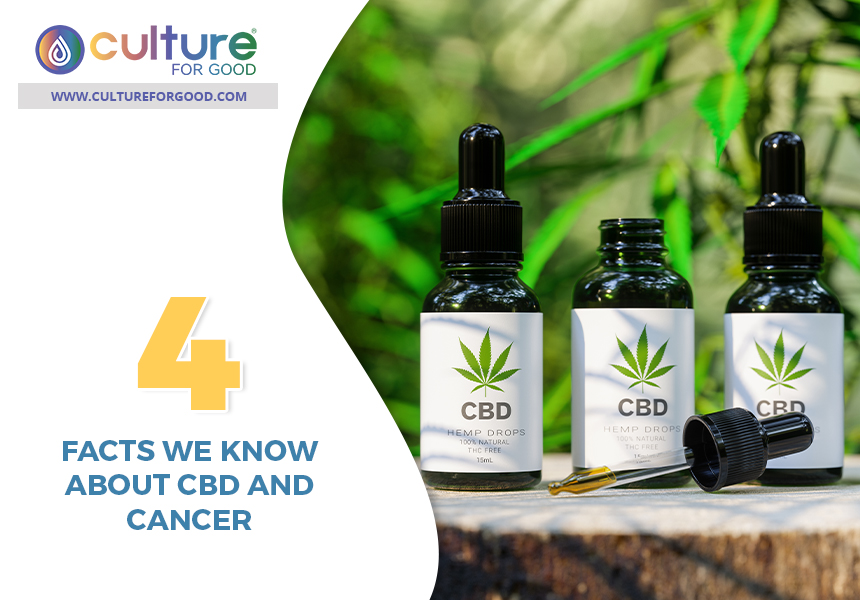 Final Thoughts On CBD For Cancer-related Use

As of this time, research concerning CBD and cancer remains inconclusive. Though there’s a lot of promise, we need to wait more time before we are certain as to the benefits of CBD for cancer.

Still, there are many people out there who may be looking at CBD for natural, therapeutic relief from cancer treatment. If you or someone you love is in this position, we invite you to visit our products page to learn more.

¹ PubMed: Association between cannabis use and the risk of bladder cancer

³ Cancer Medicine: The current state and future perspectives of cannabinoids in cancer biology

⁵ BJP: Regulation of nausea and vomiting by cannabinoids

⁷ Cannabis and Cannabinoid Research: An Update on Safety and Side Effects of Cannabidiol